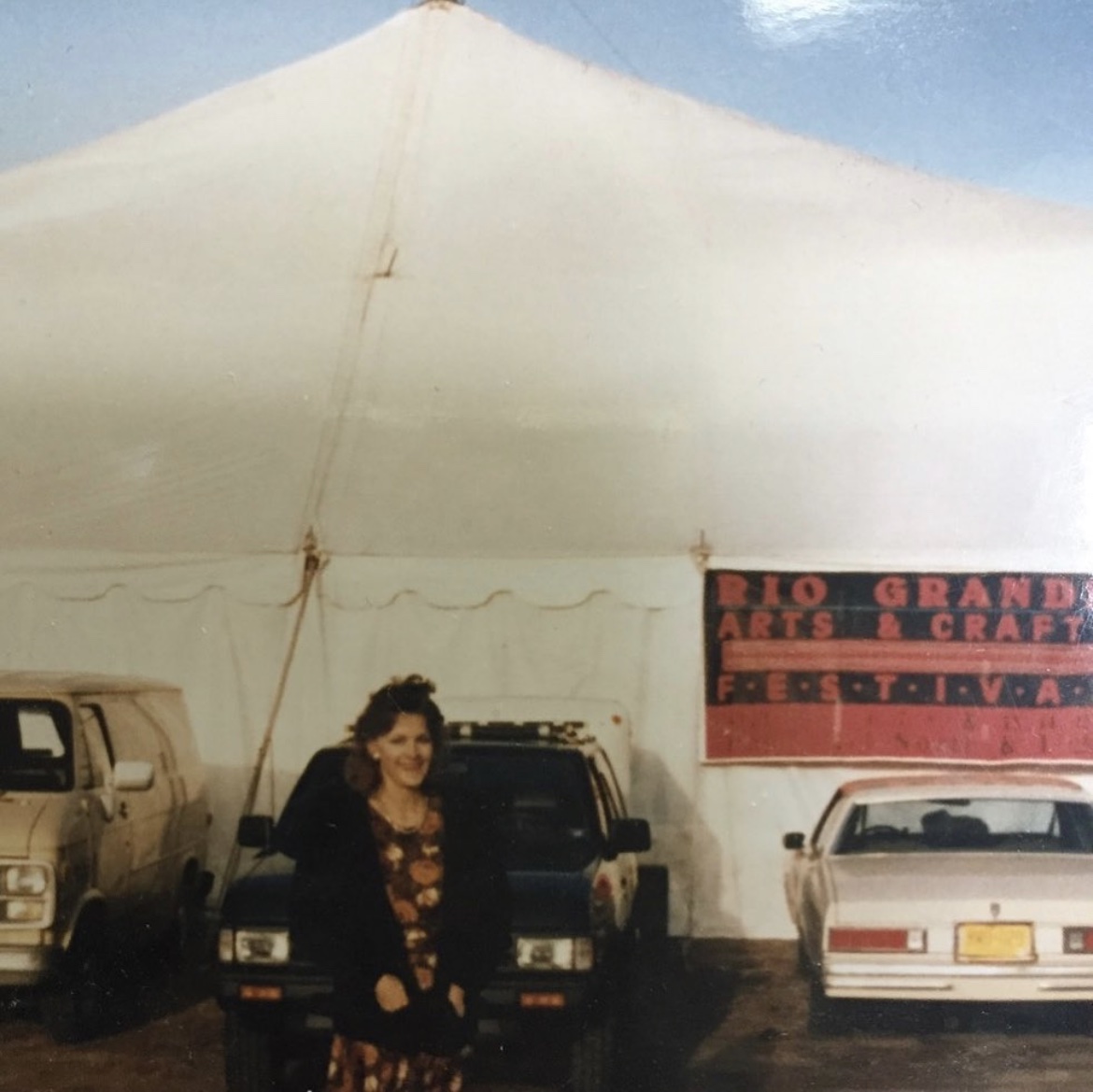 In March of 1988, Rio Grande Arts and Crafts Festivals began with one small art show at the New Mexico State Fairgrounds. At the time of its inception, there were no notable arts & crafts shows in Albuquerque from mid-December through mid-April. Spring in New Mexico is usually extraordinary, and seemed to be prime time for a fun and festive family-oriented arts & crafts event, something different from the other art events that had been held in Albuquerque. 141 artists and craftsmen exhibited at the 1st Annual Rio Grande Arts & Crafts Festival,  over 30 years ago.

To add a festive flair to the art show, an entertainment stage featured a variety of entertainment ranging from the popular Watermelon Mountain Jug Band, (the festival’s signature band to this day!) to magicians, puppeteers and flute players. In addition there was a craft area for kids, artists’ demonstrations and even the Easter Bunny! As if putting on an event for the first time wasn’t enough, the founder, Ruth Gore, and her husband, Chester, even took on the task of running the only food concession for the whole event, firing up several BBQ grills outside the door and engaging the help of family and friends to cook some of the best burgers ever had at the state fairgrounds. A good time was had by all, not a lot of money was made by anyone, but exhibitors who were in the first show (some who still exhibit today) have fond and funny remembrances of that first festival!